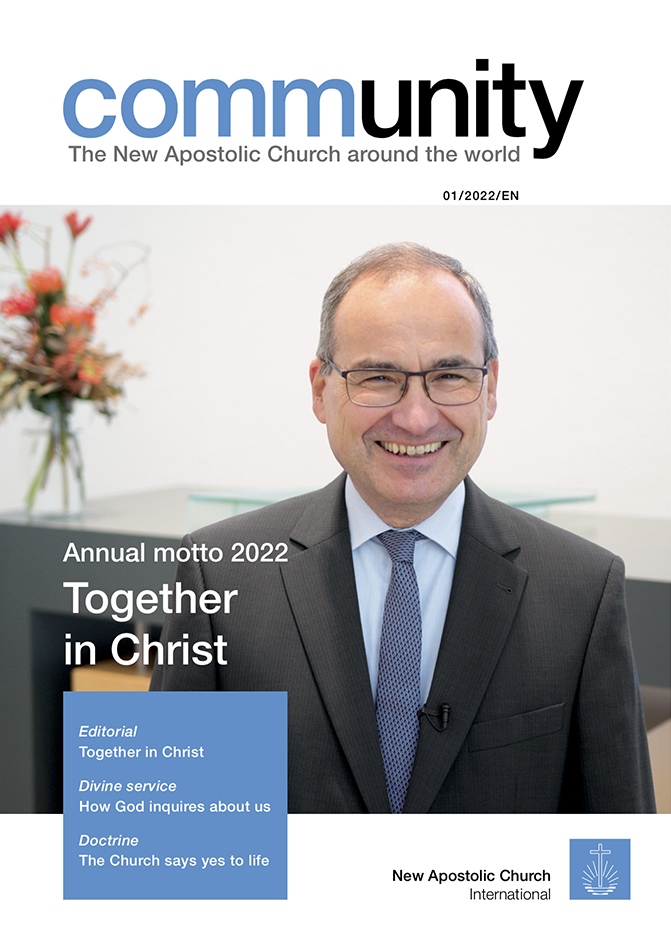 “And if it seems evil to you to serve the Lord, choose for yourselves this day whom you will serve, whether the gods which your fathers served that were on the other side of the River, or the gods of the Amorites, in whose land you dwell. But as for me and my house, we will serve the Lord.”
Joshua 24: 15

The Bible text for our devotional is based on a meeting which Joshua had organised for the tribes of Israel. The living God had chosen the small, unremarkable nation of Israel as His people. He gave them the law at Sinai and wanted to have fellowship with the people: “And you shall be to Me a kingdom of priests and a holy nation” (Exodus 19: 6). The Israelites went through a renewalprocess when they were led through the desert by Moses. He then died and Joshua was elected in his place to lead the people to the Promised Land.

When Joshua had the feeling that his death was approaching, he wanted to bid his people farewell and also wanted them to make a decision. They needed to choose which gods they wanted to serve, whether that be those whom their fathers had served in Egypt or perhaps the gods of the Amorites, who were worshipped in Canaan. Joshua set them an example when he said, “But as for me and my house, we will serve the Lord.” It was therefore his wish that the people would choose the Lord; to worship Him alone, to expect salvation only from Him, and to live by His commandments.

A decision is necessary

The living God became man in Jesus Christ. He alone is the way, truth, and life (John 14: 6). The Apostles proclaim that salvation can be found in Christ alone (Acts 4: 12) and call for us to make a decision for Him (Acts 17: 22–31). The Apostles who are active today work in the same way as Peter did before the High Council and Paul did in Athens by gathering together the people of the new covenant who have been chosen by the Lord to proclaim the benefits of God today and in the coming kingdom of peace (1 Peter 2: 9).

To make a decision for Jesus Christ means first of all to accept Him as Lord of our very being. We believe that God became human in Jesus Christ, that He gave His life for us, that He rose from the dead and will return.

This decision for Jesus Christ is not simply to accept and recite certain doctrines of faith. Our decision for Christ also includes discipleship, which is to lead a way of life which is in accordance with His purpose. We decide that Jesus is the model for our behaviour in everyday life.

Jesus reached out to those who were despised. We therefore do not want to have any prejudices but rather reach out people who are different to us.

Jesus also reached out to people in need. Let us not carelessly pass over the needs of our fellow men, but let us consider in a creative way how we can help them.

Jesus spoke words of comfort and salvation. Our words should also comfort and encourage and not belittle or discourage. Even when we are in conflict with others, we do not want to hurt or even destroy them through words.

Let us remember that through a sincere decision for Jesus Christ, which shows itself in words and deeds, one can also help others to decide for Christ!